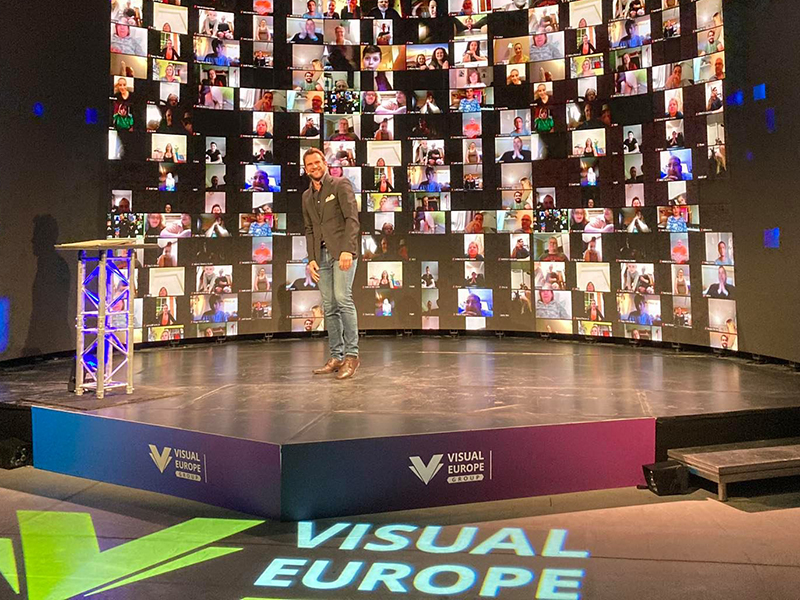 The # StayOnline Mentalist Show with Danny Blue is an interactive event that transcends all distances and limitations without the need for participants to leave their homes. The impossible experiments took place between four walls, using a single webcam and a monitor.

Kristóf Nagy, the project manager of Visual Europe Production, revealed that the 10 × 4 meter, 180-degree flexible LED wall used for the production is special and unique in Hungary. Two media servers were used for the special show, and we made possible to accommodate up to 1,000 people at a time in a web conference launched on Zoom.

The show is available HERE!